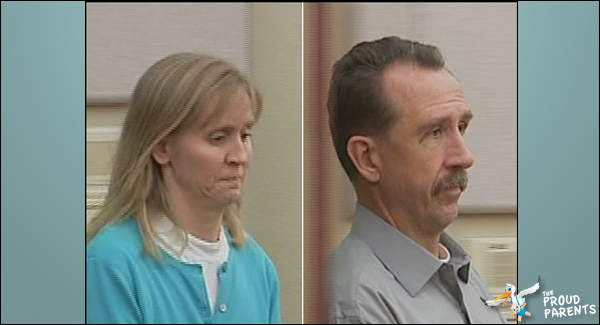 I have honestly never been so enraged by a news article as I am now after reading what you’re about to. Pictured above are Larry and Carri Williams, the Washington couple who were arrested for the murder of their adopted daughter Hana, a 13 year old Ethopian girl given a second chance at life. Forced to live in a closet that was locked with a light controlled from the outside and being denied meals for days at a time, she was abused until the moment she died, being left outside, malnourished, nearly naked face down in 42 degree weather. Continue reading for the full story.. 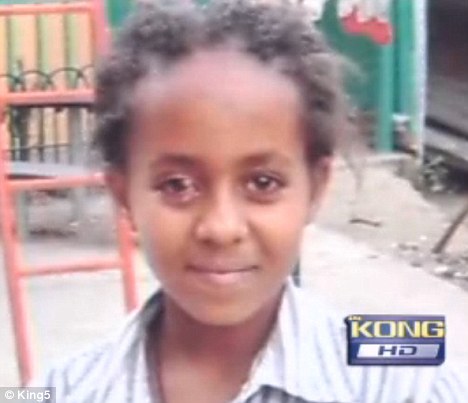 This is 13 year old Hana, her 10 year old brother who was adopted with her was found in similar condition. They are claiming no religious basis for their actions, although they closely follow a religious parenting book. Please use the Facebook and Twitter share buttons above to share this article with everyone you know! We have not seen this in the mainstream news, but perhaps with enough public attention this disgusting couple will get the sentencing they deserve. Here is the full news article:

A Washington couple has been charged with homicide by abuse in the death of their 13-year-old daughter who was adopted from Ethiopia.

Larry and Carri Williams, of Sedro-Woolley, were arrested on Thursday and jailed on $500,000 bond.

Prosecutors say the girl, Hana Williams, lived in a closet and was denied meals for days at a time.

The Skagit Valley Herald reports Carri Williams called 911 early May 12 and reported Hana was not breathing.

Williams said the girl was being ‘rebellious’ and that she had seen her daughter falling down and staggering in the backyard, and that the girl had taken all her clothes off. She said Hana had refused to come into the house before she was found face down down in the backyard with mud in her mouth.

She was taken to the hospital, where she died of hypothermia at 1:30am.

However, an autopsy found malnutrition and a stomach infection were contributing factors.

In July, seven remaining children were removed from the Williams home and placed in foster care.

Larry and Carri Williams were also charged with first-degree child assault due to the regular physical abuse of Hana’s 10-year-old brother, who was adopted with her in 2008.

Both children were treated differently from the couple’s six biological children, who ranged in age from seven to 17, according to an affidavit from the Skagit County sheriff’s office.

The document alleges the Williams repeatedly denied Hana food, locked her in a dark closet and beat her with a long plastic tube.

They also made her sleep in a barn, shower outside with a garden hose and even sit outside while the family celebrated Christmas inside.

She had allegedly lost 30lbs in the two years leading up to her death, leading the coroners office to report her body was unable to maintain enough heat when the temperature dropped to 42 degrees the evening she died.

The couple is being held on bail at Skagit County Jail, according to country prosecutor Rich Weyrich.

Weyrich said couple is expected to be arraigned next week. If convicted, the Williamses face potential life sentences.