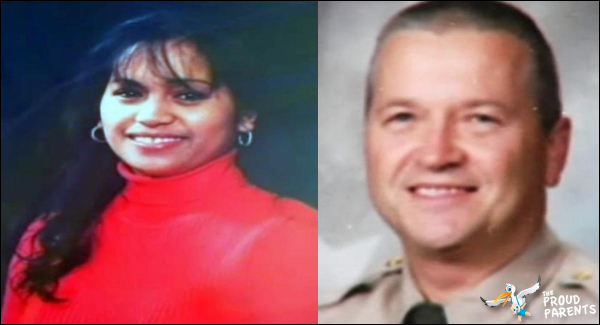 Pictured left is Josephine Fanning, the 47 year old woman who was shot and killed during a weekend cookout at the family home in Lebanon, Tennessee. The gun belonged to her husband Daniel, pictured right, who had taken it out to show a friend. Shortly after, the couple’s 4 year old nephew picked the gun up off the bed where it accidentally discharged, hitting and killing Josephine.

A Tennessee deputy’s four-year-old nephew shot and killed his wife during a weekend cookout at their home, police said.

Josephine Fanning, 47, and the boy walked into a bedroom where her husband Daniel was showing his personal gun collection to a relative in Lebanon. Unaware that the child entered, the sheriff’s deputy left a loaded pistol unattended on the bed.

“Split second, we’re talking about seconds for that kid to walk in that room unbeknownst to them, grab that gun and it goes off,” said Wilson County Sheriff Robert Bryan.

The little boy picked up the firearm in the Lebanon home and fired one bullet, striking Fanning. The officer desperately performed CPR in repeated failed attempts to revive the love of his life, whom he wed last year.

Josephine Fanning was pronounced dead at the scene Saturday evening.

Daniel Fanning typically keeps his weapons in a secure gun safe, according to Bryan.

“He took all the precautions, he’s a trained law enforcement officer, trains with weapons all the time,” Bryan told local station WTVF.

The gun was Daniel Fanning’s personal weapon and he was not on duty at the time. He is a school resource officer at Sam Houston Elementary School and the school officials said that the family was in their prayers, according to KFVS.

“It would take a blind judge not to see how much he loved his wife,” said neighbor Melvin Roberts.

The Tennessee Bureau of Investigation is investigating the incident.