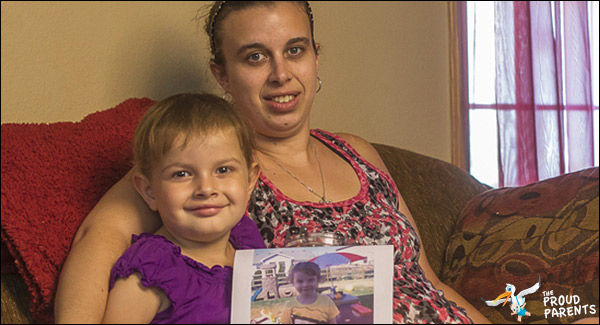 After two years of cancer treatments, McKenna May had two dreams answered. The 4-year-old completed her last treatment for leukemia and she was granted a Make-A-Wish trip to Disney World.

But as of last week, her dream trip was dashed.

McKenna, of Haskins, will not be going to Disney with Make-A-Wish because her father doesn’t believe the wish granting organization should spend money on children who are “cured.”

And since Make-A-Wish requires both parents to sign off on wishes, McKenna lost that opportunity to visit Disney.
But McKenna’s mom and grandma are now trying to get the little girl to Florida by a different route. They have placed collection jars at businesses throughout the county for donations to send McKenna to Disney. As of Monday, the family was still far from its $3,500 goal.

Her father, William May of Toledo, said using Make-A-Wish money for a child who is “free and clear” of illness is an improper use of donations made to the organization.

“I think it should go to kids who only have six months to live,” he said.

But Susan McConnell, president and CEO of Make-A-Wish for Ohio, Kentucky and Indiana, said that McKenna clearly qualifies for a wish since she has gone through so much in her two-year struggle to beat leukemia.

“The doctors are the ones who determine if she is qualified,” McConnell explained.

McConnell said it is unfortunate that the family yanked their request for a wish since the father wouldn’t sign off.
“She’s been through a lot,” she said of McKenna. “What I really feel bad about is she is stuck in the middle.”

Though Make-A-Wish requires signatures from both parents, there are a few exceptions, such as if a parent is unknown or cannot be found. In some cases, judges have intervened and granted authority.

Wood County Probate and Juvenile Judge Dave Woessner said his court would consider issuing an order for the parental signature, but McKenna’s mom and grandma were worried that even that order wouldn’t be enough.
So they pulled their request for a trip, and put out collection jars instead.

“We have jars all over Bowling Green,” said her grandma, Lori Helppie.

“We’re trying,” said McKenna’s mother, Whitney Hughes. “Obviously we’re no where close to what we need.”
To save money, the family plans to drive rather than fly to Disney.

“The important thing is to get her there,” Helppie said. “She loves Mickey Mouse. She loves Cinderella.”

The mother and grandmother have no doubt that McKenna deserves the Make-A-Wish trip. She was diagnosed with leukemia in April 2010 and had her last treatment last month. During that time, she had 15 spinal taps to make sure the cancer hadn’t spread, multiple chemotherapy treatments, skin burns and vomiting from the chemo, and steroid injections that compromised her immune system. She was hospitalized four times due to high fevers. She won’t be ruled “cancer free” until five years after her last treatment.

“I’m just angry after all she went through,” Hughes said.

Helppie said she is “outraged” that McKenna’s father wouldn’t sign off for the Disney trip.

The father, however, blames McKenna’s mother and grandmother for keeping him from seeing his daughter.

But May said his refusal to sign off on the trip is not related to his anger at McKenna’s mother and grandmother.
“It has nothing to do with that,” he said.

However, Helppie and Hughes question his motives.

“He has made it such an ugly fiasco. It’s not about him – it’s about McKenna,” Helppie said. “But he’s doing this to get back.”

Hughes has tried to reassure McKenna that she will see Mickey and Cinderella somehow.

“I just told her we were still going to Disney,” – sometime, Hughes said.