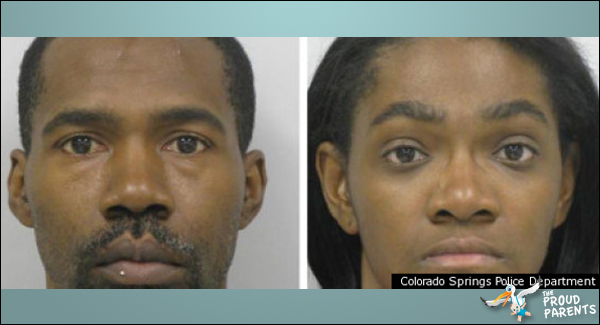 Meet Bryan and Tonya Ricks, the Colorado Springs couple that neglected their teenage son for 5 years, all the while he was suffering from a seizure disorder which caused him to have upwards of 12 seizures a day. When discovered by a “family friend”, it is said the boy was covered in urine and feces, could no longer speak and weighed just 37 pounds. If all this wasn’t enough, these disgusting Proud Parents had 5 other children. Keep reading for the full story..

Submitted by Fred
Courtesy of The Huffington Post
A Colorado Springs couple found in 2009 to have starved their teenage son until he weighed 37 pounds was sentenced Monday afternoon. Bryan and Tonya Ricks were each sentenced to 25 years in prison for child abuse resulting in serious bodily injury and failure to provide medical attention.

The Ricks were found to have left their son untreated with a seizure disorder for five years leading up to 2009. The boy suffered from as many as 12 seizures a day which doctors say, compounded by malnutrition, left him bedridden, unable to support his own body weight, and incapable of speech.

According to KKTV the boy was found by a family friend in his own urine and feces.

The Gazette reports the boy and his five sisters were removed from the home in late 2009. The Ricks had home-schooled their children but the children were unable to grip a pencil and did not know how to use a toothbrush.

Court documents state the Ricks’s home had “limited furniture [and] little to no bedding for the children … neither bathroom contained… toilet paper, hand towels… or anything else which would be used to clean up after showering/toileting.”

Defense attorneys had requested both Bryan and Tonya receive 10 year sentences. The maximum sentence would have been 32 years, reports Fox 21.