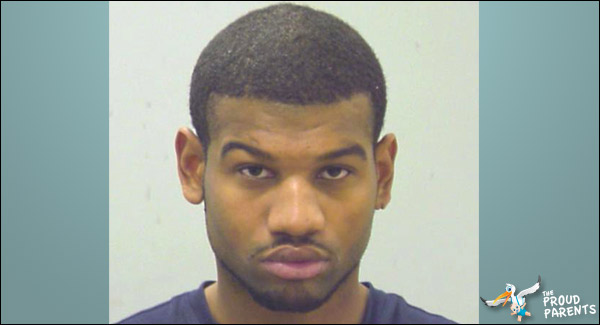 A South Side father who allegedly posted a Facebook photo of his 22-month-old daughter bound and gagged was just joking around and the whole case has been “blown out of proportion” by the Internet, his attorney and family said today.

Andre Curry, 21 — who has no criminal background — was charged with aggravated domestic battery, a felony, after turning himself in to police on Tuesday.

A woman who answered the phone at the family home Wednesday and identified herself as Curry’s grandmother said he loves his daughter and would never do anything to harm her.

“He’s so playful, always laughing,” said the woman, who would not give her name. “Everyone who knows him saw the photo and laughed too…He was only joking.”

She also said he knows what he did was a mistake and “feels awful,” especially now that the photo has gone viral on the Internet.

The photo shows the toddler bound and gagged with blue painter’s tape. Across the top of the photo are the words: “This is wut happens wen my baby hits me back” and then a smiley face, according to Assistant State’s Attorney Erin Antonietti.

Curry’s attorney, Anand Sundaran, said his client was just joking around and that the child was never harmed or in danger. “Unfortunately due to the Internet, this case has been blown out of proportion,” Sundaran said.

He asked the judge to release Curry on electronic monitoring, but she denied the request.

Instead, Judge Laura Sullivan set bond today at $100,000 and ordered Curry to have no contact with his daughter or any other children and barred him from using the Internet while his case was pending.

The Illinois Department of Children and Family Services had already intervened and placed the girl with her mother and Curry was granted supervised visitation, he said.

Chicago police said they began investigating Dec. 14 after someone brought the photo to their attention. DCFS also said they were investigating the incident and that the agency had no prior contact with the family.

Curry, of the 6100 block of South Racine Avenue, works at an Applebee’s restaurant and graduated from Chicago Vocational High School in 2007, according to records. He appeared in court in a white hooded sweatshirt and dark pants and did not address the judge.