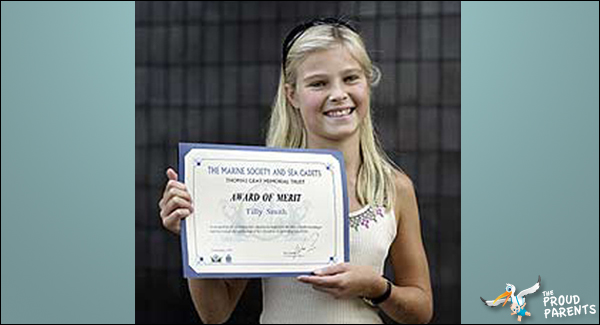 No, she’s not the next Miss Cleo – she is, however, attentive in geography class. Which is where 10 year old Tilly Smith learned the warning signs of a tsunami just two weeks before vacationing in Thailand when one hit. While others watched in amazement as the tide quickly ripped out to sea, Tilly remembered what she had been taught by her teacher and warned her mother, who went on to tell hotel staff and beach-goers to get to safety. Full news story below..

A 10-year-old girl saved her family and 100 other tourists from the Asian tsunami because she had learnt about the giant waves in a geography lesson, it has emerged.

Tilly Smith, from Oxshott, Surrey, was holidaying with her parents and seven-year-old sister on Maikhao beach in Phuket, Thailand, when the tide rushed out.

As the other tourists watched in amazement, the water began to bubble and the boats on the horizon started to violently bob up and down.

Tilly, who had studied tsunamis in a geography class two weeks earlier, quickly realised they were in danger.

She told her mother they had to get off the beach immediately and warned that it could be a tsunami.

She explained she had just completed a school project on the huge waves and said they were seeing the warning signs that a tsunami was minutes away.

Her parents alerted the other holidaymakers and staff at their hotel, which was quickly evacuated. The wave crashed a few minutes later, but no one on the beach was killed or seriously injured.

In an interview with the Sun, Tilly gave the credit to her geography teacher, Andrew Kearney, at Oxshott’s Danes Hill Prep School.

She said “Last term Mr Kearney taught us about earthquakes and how they can cause tsunamis.

“I was on the beach and the water started to go funny. There were bubbles and the tide went out all of a sudden.

“I recognised what was happening and had a feeling there was going to be a tsunami. I told mummy.”