In The News: Suffering From ‘Tanorexia’ 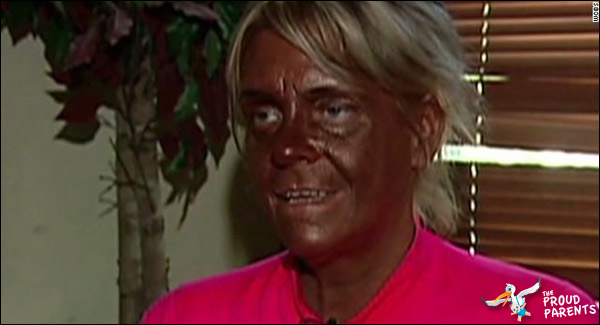 44-year-old Patricia Krentcil was arrested and charged with child endangerment after her 5-year-old daughter was spotted at school with a sunburn. Apparently the little girl told classmates she “went tanning with Mommy.” But Krentcil insists that the kid wasn’t in the tanning booth:

“It’s like taking your daughter to go food shopping,” she told NBC 4 New York at her Nutley, N.J. home after being released on $25,000 bail. “There’s tons of moms that bring their children in.”

Krentcil claims her daughter got burned the old-fashioned way: From being in the sun. She’s been released on $25,000 bail.

What are your thoughts?