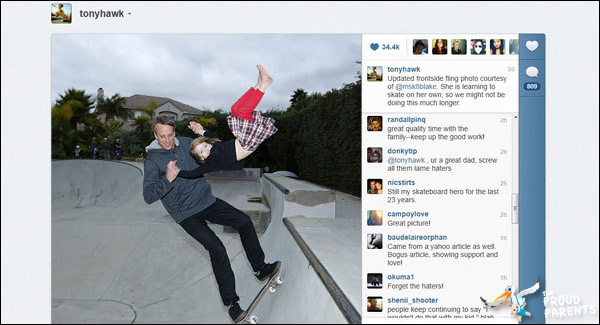 Recently pro skater Tony Hawk has caused some controversy by posting photos of him and his daughter out skateboarding, on the same skateboard, and she’s not wearing a helmet. Normally this would be cause for concern, but Hawk defends his actions with a quick statement of “You’re more likely to fall down while walking than I am on a skateboard”. We’re not denying Mr. Hawk’s amazing abilities on a skateboard, however.. would it really be that hard to throw a helmet on her? Accidents happen, maybe not when you’re there but potentially when you’re not. So what do you guys think: is this a parent fail or a parent win? Vote in the poll below!