PROUD PARENTS IN THE NEWS 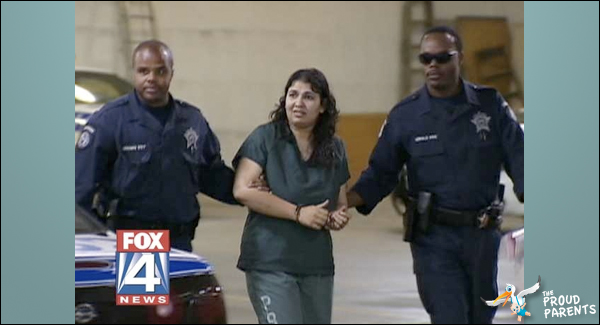 Meet Saiqa Akhter, the Dallas mom who decided that she wanted “normal” kids instead of the two autistic children she gave birth too. Rather then doing the right thing and relinquishing custody of the children to someone who cared about them, or was capable of meeting their needs, this scum bag first attempted to poison the children with bathroom cleaner, but when they refused to drink it she decided to just choke them out with a wire instead. Keep reading for the full news story..

BY MICHAEL SHERIDAN
A woman accused of killing her two young children did so because they were autistic, authorities say.

The Dallas mom allegedly murdered her children on Monday and made the shocking confession to a 911 operator, according to recordings released by police on Wednesday.

“I killed both of them. I told you,” Saiqa Akhter can he heard saying to 911, CBS News reports.

“They’re both not normal, not normal,” she said during the conversation with the operator. “They’re autistic. Both are autistic… I don’t want my children to be like that. … I want normal kids.”

Akhter admits during the call she first tried to poison the children with bathroom cleaner, but they wouldn’t drink it. She then opted to choke them with wire.

“They are not doing anything,” she said, after explaining they were on the bed in the master bedroom. “They are just blue and they are not taking any breaths and … their heart is not beating.”

Police can be heard arriving at the end of the recording.

Akhter has been charged with capital murder of Zain, her 5-year-old son, who was dead at the scene. The younger child, Faryaal, 2, died the following day, which will likely earn her mother a second capital murder charge.

Zain was autistic, Wasimul Haque, Akhter’s uncle, told the Dallas Morning News. He had a speech impediment and was undergoing therapy.

“It is very, very tragic,” Haque said. “We are in the deep sadness.”

It is unclear why the 30-year-old mother thought her 2-year-old daughter was not “normal.”

If convicted, Akhter could face the death penalty.