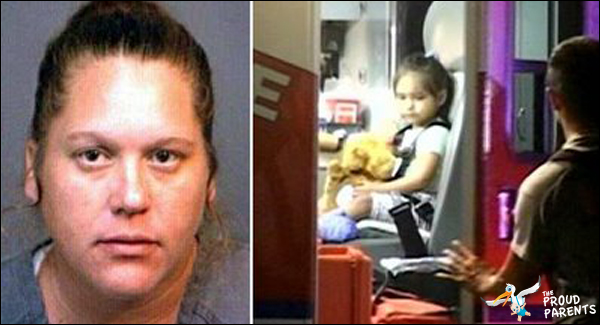 Meet Miranda Peters-Ortiz, this Proud Mother went on a crack fueled pleasure cruise that involved robbing a Wendy’s at gun point and smoking a crack pipe while being dragged out of her car by the cops, all of this with her 3 year old daughter strapped in the back seat. Did we mention she robbed Wendy’s through the drive thru? I guess she thought it would be more dangerous leaving her daughter in the getaway car of an armed robbery than actually involving her in the robbery. Continue reading for the crazy full story…

It began with a call from a worried husband.

Police said the Peters-Ortiz, who had a small firearm, pulled up to a Wendy?s drive-through and pulled the gun on the window clerk before demanding cash.

Even as Miranda Peters-Ortiz was being pulled out of a car, she puffed on a crack pipe with officers looking on. Her child was strapped safely in a car seat in the back of the mother?s blue Mazda.

Police used tire spikes to slow the vehicle down. She continued driving on the blown tires until coming to a stop.

Photo: Miranda Marie Peters-Ortiz hides her face in her hands while being escorted from a holding cell at the Cocoa Police Department by Cocoa Police Officer Glenn Wade to a police car to be escorted to the jail in Sharpes. (Malcolm Denemark, FLORIDA TODAY)