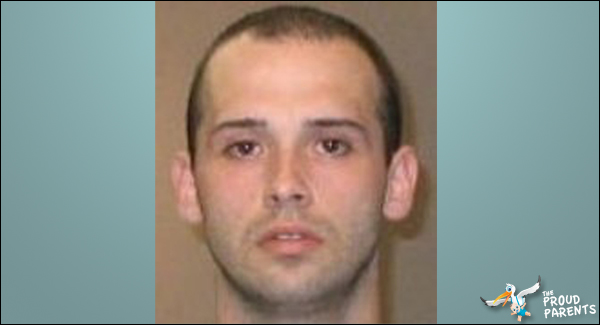 This is Matthew Brace, the 24 year old father famously quoted as saying “for two 40s, you can have her”. That’s the value he apparently put on his beautiful 3 month old daughter to a gas station attendant in Chicopee, Massachusetts. Luckily the guy wasn’t a dirt bag and quickly called the police to report the ridiculous offer. Keep going for detailed article..

CHICOPEE – Chicopee police are charging the father of a 3-month old baby girl with apparently trying to give the child away to a man he met at a Burnett Road truck stop in exchange for some beer.

Chicopee police said Monday night that Police Chief John Ferraro Jr. is planning to conduct a press briefing on the incident Tuesday morning at 9 a.m., and no further information will be released until then.

abc40 reported the man, identified as Matthew Brace, 24, of Northampton, approached someone outside the Pride gas station and convenience store, 363 Burnett Road, and offered to give the man his child in exchange for two 40-ounce bottles of beer.

The child’s mother was reportedly inside the store at the time buying cigarettes.

Police were called to the scene at about 1 p.m. abc40 reports that when police arrived, they found the father and his baby hiding behind a outside trash bin.

Brace was not arrested but will be summonsed to appear in court on a complaint of reckless endangerment of a child. The mother was not charged. The state Department of Children and Families has taken temporary custody of the child.