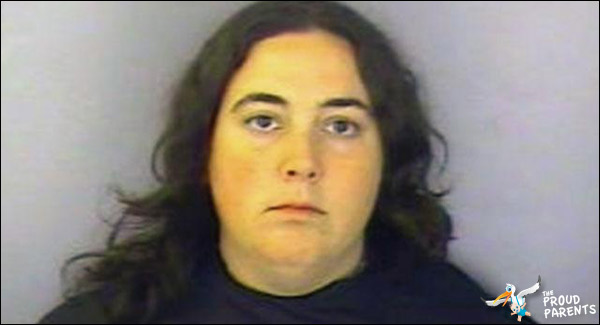 GREENWOOD COUNTY, SC (WYFF) – A principal’s concern led a deputy to check on a dog breeder’s home and children, and now there are two very different versions of what was going on at the property.

Greenwood deputies said they were led to believe Amy Elizabeth-Rion Wilson was using her children, ages 7, 11 and 13 as workers at what they called a puppy mill, and that she abused and neglected the children when they didn’t work hard enough.

But the property owner gives a very different version of the story.

The principal of Springfield Elementary school, where two of the children are students, said she called the Greenwood County Sheriff’s Office on Nov. 28, because she was concerned that the brothers, ages 7 and 11, had bruises on their legs.

According to an incident report, when a deputy talked with the children, they told him that their mother, Amy Elizabeth-Rion Wilson, and Spear ran a puppy mill with hundreds of puppies. The children said that their job was to clean the dog pens when they got home, and they told deputies that most nights it would be after 1:00 a.m. before they would get done cleaning and feeding the dogs, the police report said.

The principal told a deputy that she was concerned because lately the boys appeared tired and their grades were falling. She said the children would come to school dirty, wearing the same clothes several days in a row.

The children told the deputy that they were given a pair of gloves to wear to clean the cages, but if the gloves tore, their mother forced them to use their bare hands, the report said.

Deputies said they located the kennels, which they said appeared to contain several hundred dogs.

The deputy said when he asked to see the inside of Wilson’s home she told them she’d rather stand outside in the rain to talk. The deputy explained that the Department of Social Services had been contacted and the house would need to be checked, so Wilson agreed to let the officer in, but asked for time to straighten up, according to the incident report.

The deputy did not allow Wilson time to clean up, and went into the house with her. The deputy said the smell in the home was “almost unbearable.” The deputy said there were dog kennels filled with feces in the kitchen that contained one or two dogs each.

The deputy said he found an elderly woman in the home who identified herself as Wilson’s grandmother. The woman told the deputy she was not doing well and had not eaten all day. The woman was taken to a hospital to be checked out, the incident report said.

Because of the conditions in the home and the bruising the deputy saw on the boys, the children were removed from the home and put in the custody of their father and stepmother, who live in Alabama, according to the incident report.

Lisa Spear owns the property on Lemon Tree Rd. in Greenwood and the business, which she say is a dog kennel, not a puppy mill. There are more than 200 toy dogs at Cedar Hill Farm. She said deputies did not remove any of the animals.

A WYFF reporter said that from what she could see, the dogs appeared clean and well-cared for. She said in the area where the dogs were kept outside, she did not notice any offensive odor.

Wilson did not permit the reporter inside of her home.

Spear said the boys may have exaggerated about what happened because they had been punished for doing something potentially dangerous while she and Wilson were running errands. She said Wilson’s mother was watching the children.

Spear says the boys took hundreds of dollars worth of chemicals that were in her garage and dumped them into a barrel with plans to try to ignite it. Spear said when the boys then asked the grandmother for matches and a deodorizer, the grandmother became suspicious and sent their 13-year-old sister to check on what they were up to.

Spear said the sister found the barrel behind a shed filled with the chemicals.

“They had filled it up with Roundup, oil, all my horse vitamins, horse medicine – everything that they could get their hands on that would screw off and pour,” Spear said.

The grandmother made the boys tell their mother what they did when she returned home.

“This is the reason the children got a spanking and this is also the reason they were cleaning dog pens is because of their punishment. It made me cry for two days. These kids could’ve blown themselves up,” she said. “Any parent that caught a child doing this would’ve spanked them.”

Spear said that some of the bruises on the boys may have been the result of them rough-housing with each other, not because they had been hit by an adult.

“If they had on the same clothes from the day before, it’s because the boys dressed themselves and Amy didn’t catch it,” Spear said. “They’re boys. They wake up in the morning and put on the clothes they want to wear.”

The school district issued a statement Tuesday saying they are required to report all situations when they think a child might be abused or neglected.