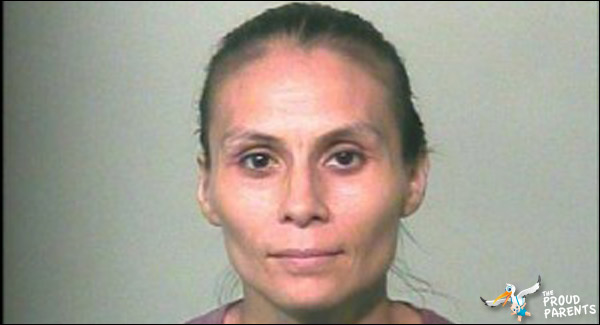 OKLAHOMA CITY, OKLAHOMA (BNO NEWS) — Police in Oklahoma City have arrested a 31-year-old woman on child neglect charges after a beaten and shockingly malnourished girl was found in a closet, officials said on Wednesday.

A police report released on Wednesday said officers responded to the home of Asusena Marie Gonzales on Monday after an investigation by the Oklahoma Department of Human Services (DHS) which found that a 5-year-old girl in her care was made to stay in a closet and was given a cup to urinate and defecate in. The girl was also said to have been beaten and was extremely malnourished.

Responding officers described the girl as appearing ‘very malnourished and emaciated.’ “[The victim’s] arms and legs were very thin and you could see the bones at her joints. She had very little muscle tissue on her bones,” one of the officers wrote in a report.

Police described Gonzales’ house as in relatively good order and five other young children at the home appeared to be healthy. “[The DHS worker] told me that [the victim] was the target of abuse because she allegedly looked the most like her father and [Gonzales] did not like the father,” the police report said. The closet in which the victim was forced to stay smelled like urine and feces.

Officers at the scene found that Gonzales had seven open city warrants for offenses such as disorderly conduct and failure to show insurance. She was then arrested and later charged with child neglect.

The victim was transported to an area hospital where she was found to weigh only 19.8 pounds (8.9 kilograms). “I noticed she had a couple of small cuts on her arms that had dried blood attached to them. When I spoke with her, she did not focus on my face and uttered words I could not comprehend,” the officer’s report said.

Gonzales told police that she had not taken the victim to a doctor since she was 4 years old and mentioned that the girl was born premature and weighed only four pounds (1.8 kilogram) when she was born. Gonzales remains in jail.