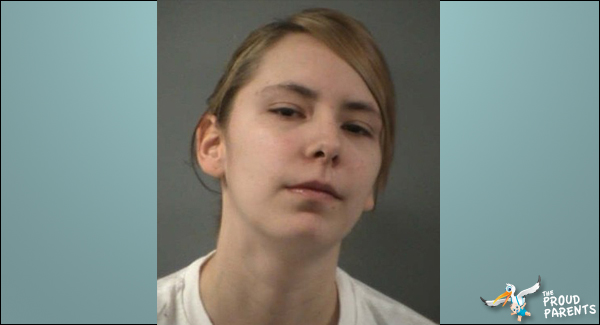 We’re not one to throw the book at folks who like to indulge in the Devil’s Lettuce, but when you’re as dumb as Jessica Gordon, you probably shouldn’t try altering your state of mind. It’s bad enough that after being pulled over it was discovered there were two warrants out for her arrest, but the police also smelled a strong odour of marijuana from the car that her two children were sitting in. Find out what they found in the search, and what her daughter had to say to police in the full story, after the jump!

A Grand Forks toddler, whose mother was pulled over Thursday, allegedly told a Grand Forks County sheriff’s deputy that “Mommy smokes weed all the time,” according to a court affidavit.

It started as a routine traffic stop at 2:07 p.m. at the 5600 block of South Washington Street.

The deputy pulled the car over because the driver’s view was obstructed and spoke with Campbell about a registration issue, the affidavit said. He then learned that Gordon had two outstanding warrants and moved to arrest her. In doing so, he reported that he could smell a “strong odor of marijuana” coming from the car.

Searching the car, the deputy and his colleagues found marijuana, several marijuana pipes and a dugout with residue, the affidavit said. One of the pipes and the dugout was found at the feet of the 1-year-old.

Referring to a pipe, the 4-year-old allegedly told deputies, “That’s Mommy’s.” She also allegedly said that Campbell used marijuana all the time.

The affidavit said Gordon took responsibility for three of the pipes and a baggie of marijuana.

The children were taken to the sheriff’s department and picked up by one of their grandmothers. The 4-year-old is listed as a witness in the affidavit.

A Class C felony is punishable by up to five years in prison and a $5,000 fine.