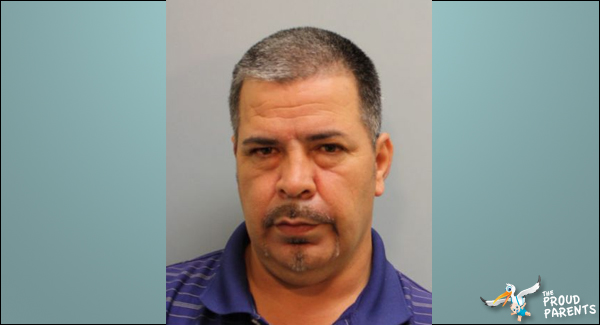 A Pasadena woman and her boyfriend are accused in separate cases of forcing the woman’s daughter into prostitution last year. That’s right, they both did it, separately. In this twisted case of child abuse the daughter was pimped out by both her legal “guardians”. Continue reading for the full story..

The woman, 35, is charged with compelling prostitution and trafficking of child-prohibited conduct, according to a complaints filed by the Harris County District Attorney’s Office.

In the other case, Reynaldo Alaniz, 47, of Pasadena, is charged with compelling prostitution, according to another complaint filed by the Harris County District Attorney’s Office.

In the mother’s case, documents state, the girl told investigators in August and September that her mother would walk with her to various apartments and force her to act as a prostitute.

The girl said at first she would only accompany her mother while the elder woman prostituted herself, but the customers eventually asked if they could have sex with the teen, according to the documents.

The complaints state the girl said she would often not want to have sex with the men, but her mother forced her to.

Her mother told the men her daughter was 17 years old and charged them between $20 and $50 to have sex with her, the documents state.

The girl told investigators it happened “every day.”

The mother’s sister told police she confronted the woman about the allegations and the mother admitted what she had done.

According to the complaints, the mother told her sister “I can’t believe I did this to my daughter, I am a monster.”

The Chronicle is not releasing the name of the mother to protect the girl’s identity.

In Alaniz’s case, court documents state that the girl told investigators she and her mother were living with Alaniz in September when her mother went to the store one day and never returned.

Alaniz then told the girl she could stay with him in exchange for making him meals and having sex with him, according to the complaint. She said Alaniz also told her she could not leave the apartment without his permission and said he would make her leave if she refused to submit to his advances. They had sex five or six times, she said.

Alaniz would drive her to two truck stops, usually after about 8 p.m., drop her off and park a short distance away where he could watch her, according to court documents.

Each time, she said, she had sex with five or six men. She said Alaniz forced her to give him all the money she earned.

During this period, documents state, Alaniz allegedly sexually assaulted the girl. When she tried to leave his apartment, he physically assaulted her, according to the criminal complaint.
When police spoke with Alaniz about the case, he admitted he knew the girl and her mother and had given them a place to live.