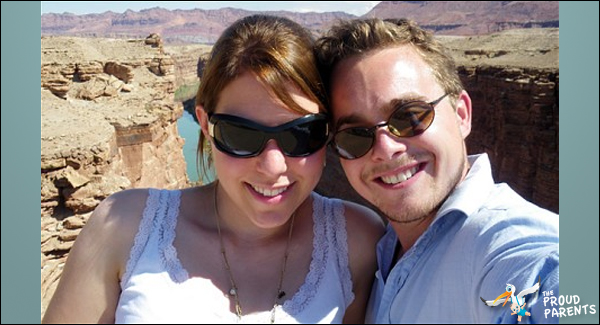 Meet Heidi Withers and Freddie Bourne – no, they haven’t thrown their kid in to the Grand Canyon or tried to sell it for meat.. in fact, they don’t even have a kid. They did, however, make headlines because of Freddie’s crazy stepmom, Carolyn Bourne. You see, Heidi and Freddie stayed at Carolyn’s home and little did they know, Heidi would be getting a performance review. Shortly after their visit, Carolyn wrote a nasty email to Heidi pointing out her flaws. In the world we live in, the best thing to do with an awkward email like that is to forward it to your friends.. right? So that’s what Heidi did! And as you could guess, it went viral.

Courtesy of The Telegraph

As any bride-to-be knows, making a good impression on one’s future mother-in-law is vital in ensuring that the big day goes according to plan.

So when Heidi Withers received a vitriolic email apparently from her fiancé’s step-mother, accusing her of a lack of manners, it was clear she had not got off on the right foot.

Unfortunately things got a great deal worse when she forwarded the stern email to some of friends – who astonished by its tone – decided to give it a wider audience.

In no time at all the email had gone viral, becoming an internet sensation, and reaching tens of thousands of readers.

Problems began when Miss Withers, 28, a PA, who lives with her fiancé Freddie Bourne in Fulham, west London, visited his parents at their home in Dawlish, Devon.

Following the visit, Freddie’s step-mother, Carolyn Bourne, 60, a celebrated flower breeder, apparently fired off an email to her future daughter-in-law accusing her of being uncouth, rude and graceless.

The email said: “It is high time someone explained to you about good manners. Yours are obvious by their absence and I feel sorry for you.

It went on: “Your behaviour on your visit to Devon during April was staggering in its uncouthness and lack of grace.”

It added: “If you want to be accepted by the wider Bourne family I suggest you take some guidance from experts with utmost haste. There are plenty of finishing schools around. You would be an ideal candidate for the Ladette to Lady television series. Please, for your own good, for Freddie’s sake and for your future involvement with the Bourne family, do something as soon as possible.”

The email said Miss Withers’ behaviour had been so rude that it had left the family dog, Bomber, traumatized, depressed and anxious.

Listing a litany of alleged transgressions, the email accused Miss Withers of staying in bed too late; complaining about the food; cracking inappropriate jokes about the family and failing to send a card thanking them for their hospitality.

It also said: “You regularly draw attention to yourself. Perhaps you should ask yourself why…It is vulgar.”

In addition Mrs Bourne apparently criticised her future daughter-in-law’s plans for the wedding and said her aspirations were outstripping her finances.

The email said: “No one gets married in a castle unless they own it. It is brash, celebrity style behaviour.

“I understand your parents are unable to contribute very much towards the cost of your wedding. (There is nothing wrong with that…)

“If this is the case, it would be most ladylike and gracious to lower your sights and have a modest wedding as befits both your incomes.”

And in a stinging pay-off she apparently remarked: “One could be accused of thinking that Heidi Withers must be patting herself on the back for having caught a most eligible young man. I pity Freddie.”

Mr Bourne, 29, who runs an online bicycle shop, Capital Cycles, refused to comment on the email last night but conceded the matter had been discussed within the family.

He said: “Obviously this has been discussed within the family but we are not commenting other than that.”

Mr Bourne would not comment on whether the wedding was still going ahead.

Meanwhile Mrs Bourne, who runs Whetman Pinks Ltd nursery near Dawlish in Devon, also refused to be drawn on the content of the stinging email.

Yesterday she was attending a Horticultural Trades Association (HTA) plant show at Stonleigh Park, Coventry, with her husband Edward.

Mr Bourne said: “We are aware of what is being said. I know it is very boring, very repetitive and very dull but we will not be making any comment and neither will my wife.”

Miss Withers, who has a 23-year-old sister, September, was keeping a low profile last night and there was no sign of her at the flat she shares with her fiancé.

Her parents, Alan and Sylvia, who live in Ledbury, Herefordshire, were also not available for comment last night.

Miss Withers and Mr Bourne have been together for several years and enjoyed an extensive trip across the United States in 2009.

This is the latest example of an email that has caused embarrassment after going viral.

In 2009, Holly Leam-Taylor, a graduate trainee at consultants Deloitte quit after emails she sent to friends discussing attractive male staff, spread like wildfire across the internet.