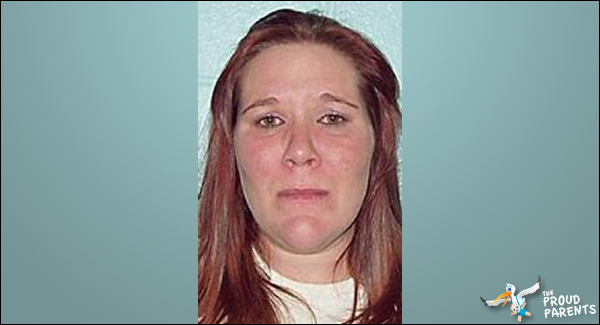 Pictured above is 31 year old Lindsey Ann Morgan, arrested this past Wednesday for driving while intoxicated – blowing more than double the legal limit of .08. You may be thinking to yourself: “why would an overweight woman who got busted for impaired driving be featured on TheProudParents.com?” Well folks – that’s because this dumbass, who was driving on a suspended license and ran from the cops when they tried to pull her over, ultimately crashing in to the woods, is also seven months pregnant and had her 2 year old daughter in the back seat.

CADILLAC — A Buckley woman who is seven months pregnant faces multiple charges after police said she was driving with a blood-alcohol content more than twice the legal limit.

Lindsey Ann Morgan, 31, is charged in Wexford County with third-offense drunken driving, fleeing and eluding police and driving with a suspended license. She remained in the Wexford County Jail Thursday afternoon.

Wexford deputies attempted to stop Morgan near a Buckley industrial park Wednesday at about 10 p.m. She drove into a wooded area and eventually crashed into trees.

“The fortunate thing is the road she took was a very narrow, two-track-type road, and she got stuck in the trees,” Wexford Sheriff Gary A. Finstrom said. “If she had gotten out on the highway, who knows what would have happened.”

Morgan, who has a “very extensive” driving record, had a blood-alcohol level of 0.18, Finstrom said. Michigan’s legal limit is 0.08. Her 2-year old daughter was in the vehicle in a car seat, and that child is now with family friends, Finstrom said.

Morgan’s drinking could have harmed her daughter or unborn child, Finstrom said.