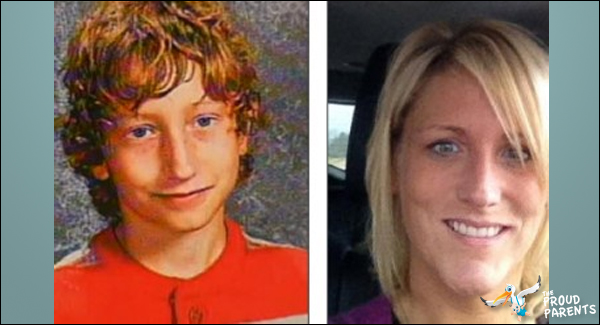 Pictured above is Gretchen Crooks and her 13 year old son Noah. On Saturday, Noah shot his mother multiple times while attempting to rape her, she died as a result of the assault. The court is now deciding how to proceed with the case, but we want to hear from you.. Check out the video and story, available after the jump and let us know what you think they should do by voting in our poll.
[poll id=”6″]

A 13-year-old Iowa boy is accused of killing his mother by firing multiple rounds from a .22 caliber hunting rifle into her chest.

Authorities announced Wednesday morning that the boy is charged with murder and will be tried in juvenile court.

Police say that 37-year-old Gretchen Crooks died from her wounds on Saturday in what is believed to be the first homicide in Mitchell County in over 100 years.

Emergency crews were dispatched to the Crooks family’s rural Osage home at approximately 7:31 p.m. when authorities received a 911 call from the young accused shooter. Sheriff Younger told the Des Moines Register that the boy was “calm and stoic” during the phone call, which is currently being held as evidence.

Investigators are uncertain why the boy would shoot his mother. There is no record of domestic disputes at the home and teachers say the boy showed no warning signs at Osage Middle School.

“We’re at a loss,” Younger told the Register. “It is the most heartbreaking thing I’ve ever seen.”

Earlier this week the authorities took the boy to North Iowa Juvenile Detention Center in Waterloo.

The Mitchell County Attorney’s office told Huff Post that at this time they have no comment on the case.