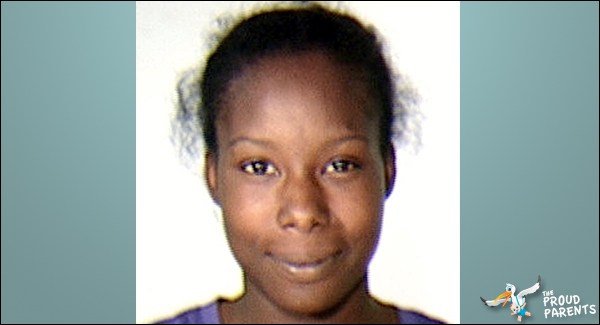 Meet Socorro Eaton, the Proud Mother that became enraged and beat her 8 year old daughter in front of her teacher and classmates. The reason? Because she mistakenly told her mom she needed art supplies for a project she thought they were working on that day. The mother left and the police were phoned, over the course of the day it was discovered that Socorro regularly beat her daughter – when she arrived at the end of the day to pick her daughter up she was met by police. She openly admitted to beating her daughter and was genuinely shocked she was being arrested, saying that she was going to beat her daughter for this incident as well. Keep reading for the full news story..

ST. PAUL, Minn. – St. Paul police say they arrested a 27-year-old mother on Wednesday after she punched her 8-year-old daughter in a classroom.

Officials have charged Socorro Eaton, of South St. Paul, with one count of malicious punishment of a child.

According to police, Eaton punched her 8-year-old daughter in front of a teacher while inside a classroom at Bruce Vento Elementary School.

The criminal complaint states that the incident happened on Tuesday after Eaton spoke with her daughter’s teacher, Anna Mary Carlson, while dropping the girl off at school late.

The girl had a bag of art supplies she thought she needed for the day, and Eaton asked Carlson whether the supplies were needed since they had been bringing the supplies to and from school. When Carlson said no because, Eaton became angry and began to scream and curse at her daughter, the complaint said.

The complaint states that Eaton called the girl a “liar” and grabbed her by the right shoulder with her left hand before punching the girl with a closed fist two to three times in the face and chest.

Police said the teacher and the entire class of students witnessed the attack.

The complaint said that after she was hit, the girl began to cry and ran into the hallway, but she was followed by her mother who screamed after her, “get your a– back in the room or I will beat you in front of the class.”

The girl returned to the classroom crying and her mother left immediately, the complaint said.

Police responded to the child abuse call at the school, located at 409 Case Avenue, and met with the school nurse and the girl, who told police she was hit by her mother after she was dropped off at school.

When police asked the girl about the art supplies, she said she thought she needed the bag of items for a school project.

Investigators said the girl also told them that Eaton aften gets mad at her and beats her, and she recounted a June 13 incident whree she was whipped with a gold-colored belt because she was afraid to sleep in the dark and came out of her room.

Officers said they found a scratch on the girl’s nose and right shoulder, as well as multiple long, raised welts on her back.

Police arrested Eaton when she returned to the school to pick up her daughter. When asked about what happened in the morning, Eaton told the police investigator, “She lied and I beat her a–.” When asked to clarify, Eaton admitted that she hit the girl in the face.

Police said Eaton also admitted to whipping her daughter with a belt because she was supposed to be cleaning her room but did not.

Malicious punishment of a child is a gross misdemeanor charge that carries a maximum sentence of one year in jail, a $3,000 fine or both.