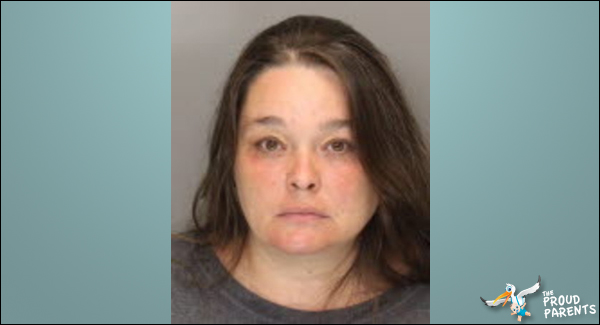 On Friday Cobb County Police arrested Shannon Lynn Byers, 42, on charges of contributing to the deprivation of a minor. Police responded to a call from the landlord stating that Byers had not yet paid rent; when they entered the home they found it infested with roaches and bathrooms that were full of mold and sewage.
Scroll down for the full news story..

A Smyrna mother was arrested Friday for allowing her home on Gray Road to become infested with roaches, mold and raw sewage, Cobb police said.

Shannon Lynn Byers, 42, of Smyrna was charged with three misdemeanor counts of contributing to the deprivation of a minor, the Atlanta Journal Constitution reported.

Sgt. Dana Pierce, Cobb County Police Department’s public information officer, said police initially responded to the scene at the request of the property’s landlord because Byers had not paid rent. A police report said they found a home infested with roaches and bathrooms that were full of mold and sewage.

Conditions in the home were so hazardous that the three children aged 5, 14 and 17 had to be hospitalized for heat exhaustion, rashes and lesions. Pierce said the home did not have a working air conditioner.

Cobb County Sheriff’s records show that Byers was released from the Cobb County Adult Detention Center Saturday on a $2,500 bond.