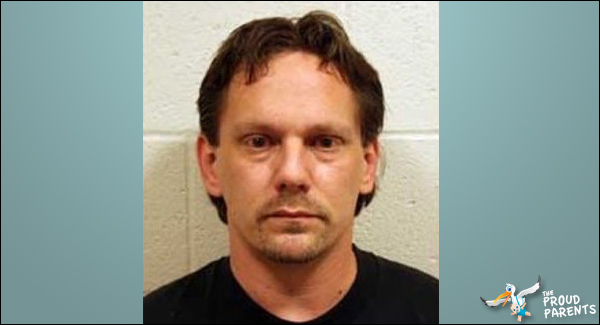 Meet John Christopher Forehand, quite possibly our most bizarre Proud Father yet – John is accused of soliciting a 13 year old girl for sex on Facebook under the username “Bad Daddy”. Now you might be thinking to yourself “that’s messed up, but this is TheProudParents.com why are you posting a random pedophile?” Well folks, that because the 13 year old that John was soliciting was actually his estranged, biological daughter. It’s like To Catch A Predator: Family Edition came out or something. Keep going to read the full, twisted story..

According to the criminal complaint, Forehand, using the name “Bad Daddy,” recently contacted his daughter and told her that he had been having “inappropriate” dreams about her. He graphically described a variety of sexual acts and proposed meeting her for sex, allegedly telling her, “Not many other fathers and daughters are this brave, so not many of them are so lucky to experience all these pleasures.”

Police say the girl did not fully understand everything Forehand was saying to her and that it was not until she looked up the meaning of some of the words that he used that she realized what he was asking; at that point, she reported the situation to her mother, who, in turn, contacted the Ephrata Borough Police Department.

On Oct. 6, an agent with the state Child Predator Unit took over the girl’s email account, during which time Forehand allegedly sent multiple messages, urging his daughter to meet him for a sexual liaison. Posing as the girl, the agent agreed to a meeting with Forehand.

“I’ll take very good care of my little girl,” Forehand wrote, according to the affidavit.

The following day, agents from the Child Predator Unit and Ephrata Police arrested Forehand when he arrived at a predetermined meeting place. During a search of Forehand’s vehicle, authorities seized a camera, tripod and box of condoms. A second search, conducted at his home Lititz, resulted in the seizure of several additional items, including a digital camera, a camcorder and computers. Those items are currently being analyzed by the Attorney General’s Computer Forensics Unit.

Forehand has been committed to prison in lieu of $400,000 straight bail – meaning the full amount of the bail would have to be paid in cash. There is no word yet on when Forehand’s preliminary hearing will be held.

“Parents need to understand that Internet predators are active in every part of our state – using online chat rooms, social networking sites, instant messages, digital cameras, webcams and other technology to reach into your homes – sending sexually graphic material to your kids, encouraging teens to send nude photos of themselves or trying to arrange meetings for sex,” Corbett said.

Corbett encouraged parents to regularly discuss online safety with their children, and he offered several tips having to do with actively monitoring how children use the Internet, including:

>Being aware of which Web sites they visit.
>Knowing which social networking sites they frequent (MySpace, Facebook, etc).
>Teaching them the importance of not sharing personal information with strangers (names, ages, addresses, schools or other identifying information).
>Warning them to avoid strangers who approach them online.
>Making sure they know to report any contact with individuals who engage in sexual discussions or who attempt to send graphic photos or videos.

More information about reporting Internet predators and prevention education programs can be found at www.attorneygeneral.gov or by calling 1-800-385-1044.