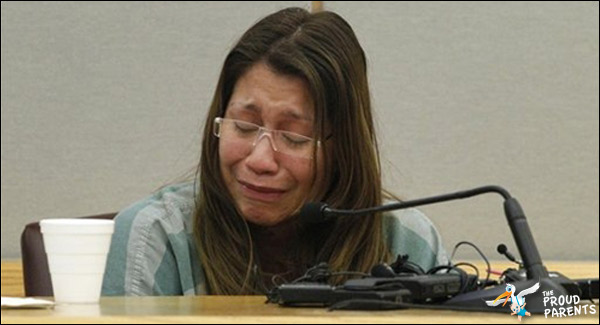 DALLAS — Elizabeth Escalona, the 23-year-old mother of five who admitted to gluing her daughter’s hands to the wall and beating her as potty training punishment, was sentenced Friday to 99 years.

In announcing the sentence, state District Judge Larry Mitchell said Escalona “savagely beat” her child and deserved to be punished.

During closing arguments earlier Friday, prosecutor Eren Price told the court to give Escalona’s children peace by knowing she would never come walking through their door in the future.

The prosecution showed photos of the apartment where Jocelyn Cedillo was glued to the wall, saying “We have to imagine what it was like.”

Defense attorneys said Escalona needs anger management and treatment. They painted her life as a miserable one of abuse and drugs.

Escalona faced from probation to life in prison, and prosecutors had sought 45 years behind bars.
While on the stand Thursday, Escalona sobbed as a prosecutor ordered her to look at the injuries she inflicted on her daughter’s body.

She cried and didn’t speak for several seconds after prosecutor Eren Price displayed a photo of then-2-year-old Jocelyn during Escalona’s sentencing hearing. Dozens of red and brown marks from the September 2011 beating covered Jocelyn’s back.

“Ms. Escalona, if you can do it, you can look at it,” Price said in a loud, sharp voice.

Escalona, who pleaded guilty in July to felony injury of a child, was on the witness stand for a second day.

Police say Escalona kicked her daughter in the stomach, beat her with a milk jug, then stuck her hands to an apartment wall with an adhesive commonly known as Super Glue. Escalona’s other children told authorities their mother attacked Jocelyn due to potty training problems.

Jocelyn suffered bleeding in her brain, a fractured rib, bruises and bite marks, and was in a coma for a couple of days. Some skin had been torn off her hands, where doctors also found paint chips from the apartment wall, witnesses testified.

Prosecutors have portrayed Escalona as an unfit mother with a history of violence, and Price has repeatedly referred to her as a “monster.” Escalona has admitted she behaved like a monster when she beat Jocelyn, but insists she isn’t one now.

Price asked Escalona what she thought should happen in the case. Escalona replied in a soft, halting voice: “I should be put away.” Then, she added, “But I also think I should be given a second chance.”

When Price asked her why, she responded: “Because I’m not a monster.”

Escalona also testified that her children were a source of stress. “They didn’t bother me, but I did (need) a little break,” she said.

She described one of her sons misbehaving and getting into fights and another daughter once leaving home without her permission. Under questioning from defense attorney Angie N’Duka, Escalona said she was learning ways to deal with her anger and the stress of raising five children.

But Price said she still didn’t understand what could have caused the attack on Jocelyn.
“Explain to us what about your stress is unique from what everybody else in this world lives through every single day,” she said.

In her testimony, Escalona admitted she often doesn’t tell the truth and had lied to doctors and others assigned to her case. But she resisted Price’s repeated efforts to get her to admit she was a liar.

“I’m not a liar,” Escalona said. “I have a hard time trusting people.”

Escalona acknowledged several missteps in her childhood: hanging around with gang members and trying marijuana around the age of 11, assaulting her mother at 12 and getting pregnant with her first child at 14.

She also admitted drinking and doing drugs after she was released from jail on bond in February.
Despite what she described as problems paying rent and other bills, Escalona admitted she was using marijuana about twice a day in the time before she attacked Jocelyn.

Price said Escalona will be eligible for parole in 30 years. N’Duka said she plans to appeal.