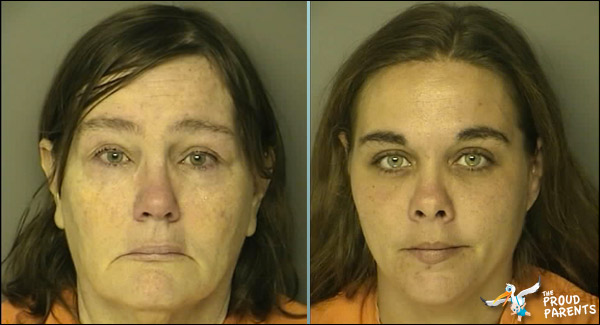 HORRY COUNTY, SC (WMBF) Two Horry County women have found themselves behind bars facing child neglect charges after a social worker with the Department of Social Services told police their home had no running water.

In a police report obtained by WMBF News, a DSS social worker told police he had visited a home outside of Conway twice before, warning the two adult females living in the home with children that they must have running water to provide a healthy living environment.

Officers accompanied the social worker on his third visit to the residence on Friday following complainants from a third party that children in the home were ‘dirty and smelly.’

Walking through the home together, officers and the social worker observed that the home still had no running water. The two adults who lived in the home told the social work on his last visit two weeks prior they were working to get the water back on as soon as possible.

According to the police report, the children in the home had been without running water for at least 12 straight days. The odor of the home was described as ‘overwhelming.’

The report states that every surface was covered in trash, dirty dishes and clothes, and there was moldy food on the kitchen counter. The home had a total of three bathrooms, all of which were overflowing with human waste.

The report further stated that the bathroom surfaces were covered in filth.

Full and empty water jugs were found throughout the residence that the juvenile victims and adults were allegedly using to wash their dishes and themselves.

When asked when they last had a bath, one of the victims responded, “I don’t remember, but I think December.” Officers also noticed that the child was sick, and was being self-medicated with cough drops.

The officers on scene took the children living in the home into Emergency Protective Custody.

A warrant was issued for the arrest of the two suspects, 36-year-old Jean Martell and 54-year-old JoAnne Kuppart of Conway, Saturday after the case was presented before a magistrate judge, who found probable cause to charge both with unlawful neglect.

According to J. Reuben Long Detention Center booking records, Martell and Kuppart were taken into custody shortly after 12 p.m. Saturday and charged with Unlawful Neglect Of Child Or Helpless Person By Legal Custodian. Bond was been set at $2,500.