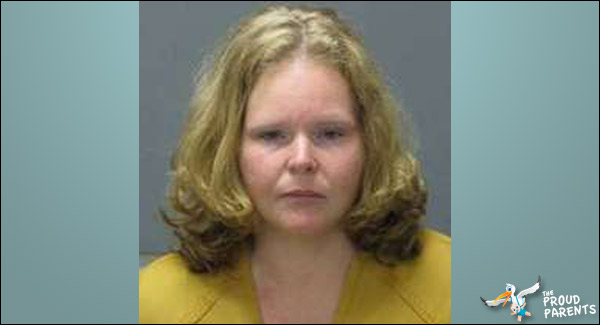 A Jacksonville Beach, Florida mother is being charged with trying to sell her six year old daughter for sex to two middle aged men in exchange for drugs and cash. 35 year-old Dalina Nicholas was arrested by police in Columbus, Georgia as a fugitive from justice on charges that she willingly handed over her six year-old daughter to drug dealers in order to get her fix of crack cocaine.

Police began investigating Nicholas when a homeless man who said he had done drugs in Nicholas’ home told the authorities about the child abuse he witnessed. Two men, Quinn Brooks, 56 and John Hagans, 47 have also been charged with capital sexual battery in the case, and one other suspect is being sought. Brooks and Hagans both have extensive criminal records.

“I can’t think of an adjective that’s (bad enough) to describe the charges.” says Jacksonville Beach city police chief Bruce Thomason. Nicholas’ mother who has custody of the girl at the moment says that the charges against her daughter aren’t true, saying that she believes that her daughter was also a victim in the grand scheme of things, saying that Nicholas’ never knew that the little girl was being sexually abused in her home, claiming that “These drug dealers kept returning and basically took over their home; she was as much a victim as her daughter was.”

Neighbors of Nicholas’ didn’t hold back about how they felt about the case, with neighbor Ronnie Swartz saying “A 6-year old are you serious? That’s distgusting. That’s insane.” While neighbor Maria Sullo says “It’s distgusting, I can’t even fathom the thought. I have a 3 year-old and a 2 year-old. I can’t fathom it.”

Police will be going to Georgia this week to Nicholas up and bring her back to Jacksonville Beach.