Caution: The video above is of both physical and emotional abuse. It is long, and disgusting. It is important we get this out, but please be sure you can handle what you’re about to watch.

We need your help! Texas Judge William Adams can be seen in the video above beating his daughter with a belt. His actions clearly go above and beyond any reasonable disciplining of a child. All because his daughter Hillary, like every other 16 year old in the world with internet access, was illegally downloading games and music. If all of this wasn’t bad enough, Hillary was also diagnosed with ataxic cerebral palsy from birth. The video has been released by Hillary – she wants the world to see the monster that her father truly is and needs our help doing so. Please use the share buttons available below this post to get the word out about this horrible person. Continue reading for the developing news story..

Courtesy of Gawker.com
Here’s a video, recently uploaded to YouTube, showing a man whip his disabled daughter with a belt, apparently for downloading games and music. The man is a Texas court-at-law judge named William Adams. His daughter’s name is Hillary. And she’s the person who recorded and uploaded the video.

Warning: The video is graphic and prolonged. Don’t watch if you can’t handle, or don’t want to see, serious physical and emotional abuse.

The YouTube video is accompanied by a fairly detailed summary:

2004: Aransas County Court-At-Law Judge William Adams took a belt to his own teenage daughter as punishment for using the internet to acquire music and games that were unavailable for legal purchase at the time. She has had ataxic cerebral palsy from birth that led her to a passion for technology, which was strictly forbidden by her father’s backwards views. The judge’s wife was emotionally abused herself and was severely manipulated into assisting the beating and should not be blamed for any content in this video. The judge’s wife has since left the marriage due to the abuse, which continues to this day, and has sincerely apologized and repented for her part and for allowing such a thing, long before this video was even revealed to exist. Judge William Adams is not fit to be anywhere near the law system if he can’t even exercise fit judgement as a parent himself. Do not allow this man to ever be re-elected again. His “judgement” is a giant farce. Signed, Hillary Adams, his daughter.

Though the video was uploaded on October 27, it wasn’t until today that it began to receive attention—thanks to the popular link-sharing site Reddit, where a poster identifying herself as Hillary Adams shared it (with the title “Family law judge beats own daughter for using the internet, please spread”), writing that she’d decided to post the video (which she’d been “holding onto… until the right time”) after receiving “a barrage of harassment” from her father over the phone.

Posting to Reddit was the right move. The site, which has a strong protective streak, quickly sprung into action. Posters, encouraging others to call and write, provided links and phone numbers to news outlets, the Texas Department of Family and Protective Services, the State Commission on Judicial Conduct—and to the judge’s place of work. As is not uncommon in situations like this, the official Aransas County website is down as of this post, likely thanks to heavy traffic from Reddit.

See below. As you can see, this photo of Adams, taken from the Aransas County website, bears a clear resemblance to the man in the video. We’ve emailed his office for comment. We also reached out to Hillary—though, in a weird twist, someone calling himself “JasonAnon” appears to have gained access to her accounts, and even run a fake question-and-answer session on Reddit before revealing himself. 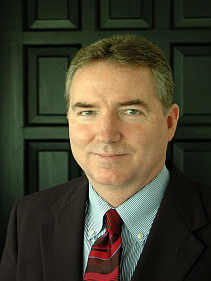 Update: “I know in the article you say you cannot confirm the man in the video is him, but I can. It’s him,” Hillary’s friend J. Andre Bardin tells us. “That’s his voice, that’s his mannerisms, and that is his house.” Between Bardin’s confirmation and the photograph we see no reason to doubt that the man in the video is Hillary’s father, Judge William Adams, and have updated the post accordingly.